Jenny Macklin is a Vice Chancellor’s Fellow at the University of Melbourne in the School of Government. Prior to this she served in the Federal Parliament for 23 years as the Member for Jagajaga. She won eight elections! Jenny is the longest serving woman in the Parliament and was the first woman to be elected as the Deputy Leader in a major political party.

Jenny was the Minister for Families, Housing, Community Services and Indigenous Affairs and Minister for Disability Reform in the Labor Governments from 2007-2013.

During the time she oversaw the Apology to the Stolen Generations and with Indigenous Leaders developed the Closing the Gap framework. She secured record funding for remote Indigenous housing.

Jenny introduced Australia’s first National Paid Parental Leave Scheme and delivered the largest improvements to Australia’s pensions in our history. Jenny was also responsible for the introduction of the most significant improvement to our system of social protection with the creation of the National Disability Insurance Scheme.

Jenny also oversaw the Apology to the Forgotten Australians and was an integral part of the establishment of the Royal Commission into Institutional Child Sexual Abuse.

In Opposition, Jenny was elected onto the front bench immediately on entering Parliament and held a range of portfolios including Health, Aged care, Social Security, Education, training, science and research, the status of women, Families, Housing, Community Services, Indigenous Affairs and Disability Reform.

Whilst studying a Bachelor of Commerce (Hons), at the University of Melbourne, Jenny was a resident of International House.

The Oration will draw on The Hon Jenny Macklin’s personal and professional experiences and insights, ‘From country kid to Cabinet Minister, via International House.’ 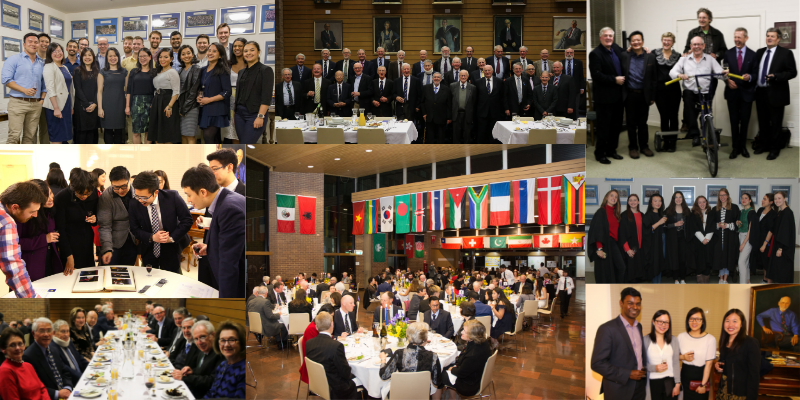 Please click on the event links for event information and registration. We look forward to welcoming you back "home"!

If you would like to listen to the 2018 Frank Larkins Oration, 'Australia's reorientation to Asia: the change of a lifetime', orated by the renowned economist, academic, and government advisor, Professor Ross Garnaut, download or stream the complete Oration at: http://go.unimelb.edu.au/zxb6

You can also view photographs from International House reunions and events by visiting our Facebook page.